Windows on boxes? We’ve got the answers. 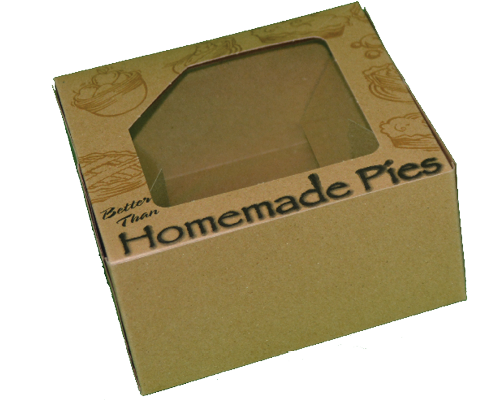 Albright Paper supplies our customers high quality, cost effective folding paperboard boxes with clear film windows.  With that in mind, I am jotting down what I hope to be relevant information regarding the types of film typically used and the types of ways windows are applied to folding boxes.

Hopefully, you will find this information helpful.

I recently discussed the windowing of paper boxes with an executive at a large folding box manufacturer in the Northeast and below are some highlights of that conversation.Typically, you use either clear BOPP (also known as polypropylene), or a clear acetate film for box windows.  You can easily distinguish between the two, as BOPP melts when near a flame, and acetate burns.

BOPP is more commonly used as it is less brittle and less expensive than acetate.  If you need strong and flexible film to package something like nails, typically you would use a four-mil BOPP film, while other applications only require one to two mil thick BOPP film.  While acetate is more brittle and more expensive than BOPP, it “breathes” as it is gas permeable.  That is critical for some food applications such as packaged glazed donuts that stay clear with acetate, but turn frosty white with BOPP film.  Items packaged while warm must allow water vapor to escape the package.  However, if you want some of the characteristics of polypropylene film such as affordability and flexibility, there are strategies you can employ to make that work — you can create vents in the paperboard box itself or create breaks in the glue lines used to attach the film to the box. These breaks allow some gas to escape.

Beyond that there are two additional considerations:

For more information on all things boxes, Call Gary at Albright Paper and box to set up a consultation. (610) 327-4990